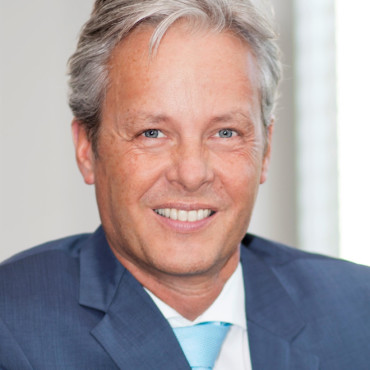 Dr. med. Dirk F. Richter is a board certified plastic surgery and trained with Professor Ivo Pitanguy in Rio de Janeiro, a plastic surgery legend from Brazil. Thereafter, he was consultant with Professor Olivari, whom he succeded in 2001 in the Department for Plastic Surgery Clinic at the Dreifatligkeits Hospital in Wesseling as the Head and Director. Since 2010 he is clinical professor at the University of Bonn for Plastic Surgery.

He is a well-recognized expert in complicated cases. As a founding member he chairs the annual SOS- Symposium, where he operates complex complication cases in front of international audiences.

His specialties are eyelid and facial surgery (oculo-facial surgery) as well as lifting operations even after heavy weight loss. He has made a name for himself with his special facelift and mid-face lift techniques, which he also uses successfully for complicated eyelid mal positions.

Dr. Richter has been a board member of the largest international professional society of aesthetic plastic surgeons, the US based International Society of Aesthetic Plastic Surgery, for eight years. Here he is currently the President Elect and will automatically become President of ISAPS in 2018, with overseeing members in over 106 countries.

In addition to his numerous international invitations to speak at the largest and most recognized congresses in the world, he received in Germany the award of the magazine FOCUS as a “top physician” in three areas. Here he is considered a leading expert in eyelid surgery, facial surgery and Bodylifts since 2013 every year. In 2016 and 2017, the prestigious award “Global Plastic Award” from the American Society for Aesthetic Plastic Surgery (ASAPS) went to Wesseling twice in a row for the best presentation of a complication case.

Dr. Richter is often a guest in serious television programs (heute-journal, tagesthemen) and on the radio (Deutschlandfunk), or interview partners in selected magazines, such as Die Welt, Forbes, Manager Magazin or SPIEGEL.

Back
ISAPS Course is an event of international standing
The International ISAPS Fresh Cadaver Aesthetic Surgery Dissection Course on Facial Anatomy will be held on January 19th, 20th and 21st 2023
at the Anatomy Laboratory of University Hospital of Liège in Belgium.
This site uses cookies for technical purposes and statistics. Continue browsing this site implies your acceptance.OkPrivacy policy